By Barbara H. Peterson
Farm Wars
What do Codex Alimentarius with its official food standards, the fluoridation of our water and food supply, genocide at the Auschwitz concentration camp, and Monsanto, the company responsible for genetically altering the world’s food supply all have in common? Is there a connection that binds these seemingly diverse organizations together? Yes, there is. In fact, they are so inextricably bound that separating them is all but impossible.
Let’s start at the beginning with Auschwitz and connect the dots. 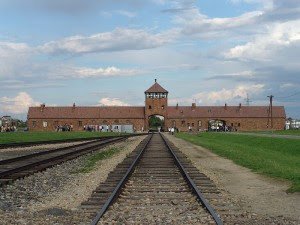 Auschwitz
Auschwitz was known for its “network of concentration and extermination camps built and operated in Polish areas annexed by Nazi Germany during the Second World War. It was the largest of the German concentration camps (Wikipedia).”
Auschwitz also had a factory called I. G. Auschwitz: 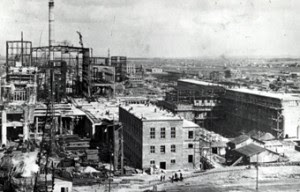 I.G. Auschwitz, founded in Kattowitz on April 7, 1941, was intended to be the largest chemical factory in Eastern Europe and at the same time a building block in the process of “Germanizing” the region. According to the plan, the production facilities were to supply the Eastern European market with plastics in peacetime, following their use for wartime production. In addition to German skilled workers and forced laborers from all over Europe, increasing numbers of prisoners from the Auschwitz concentration camp were deployed at the gigantic construction site in Auschwitz. In 1942 I.G. Auschwitz built its own corporate concentration camp, Buna/Monowitz. (Wollheim Memorial)
In fact, I.G. Auschwitz was designed from the very first to be an extremely complex chemical factory, producing, besides Buna, high-performance fuels (including aviation gasoline and fuel oil for naval use), various plastics, synthetic fibers, stabilizing agents, resins, methanol, nitrogen, and pharmaceuticals. (Wollheim Memorial) 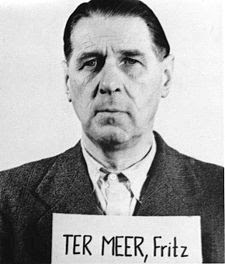 I.G. Farben, which consisted of BASF, Bayer, and Hoechst (now known as Aventis), owned I.G. Auschwitz. A man called Frits ter Meer was on the I.G. Farben Managing Board from its foundation, and was responsible for I.G. Auschwitz. I. G. Auschwitz had a cozy relationship with the Auschwitz concentration camp, in that it used forced labor of the prisoners to work in its factory, and also used them asguinea pigs.
Under Frits ter Meers direction, I.G. Farben used a fluoridation program to control the population at the Auschwitz concentration camp in any given area through the mass medication of drinking water supplies.“By this method they could control the population in whole areas, reduce population by water medication (fluoride) that would produce sterility in women, and so on.” (ShopUSI)
Frits ter Meer was ultimately convicted at Nuremberg of plundering and slavery, but his sentence was commuted due to friends in high places. Fritz then went on to become one of the architects of the Codex Alimentarius Commission in 1962/3. 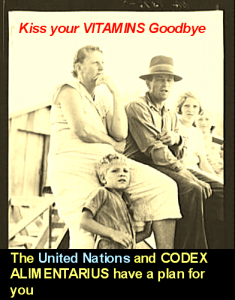 Codex Alimentarius
Codex was created by the Food and Agriculture Organization (FAO) and World Health Organization (WHO) of the United Nations (UN). According to the Codex official site:
The Codex Alimentarius Commission was created in 1963 by FAO and WHO to develop food standards, guidelines and related texts such as codes of practice under the Joint FAO/WHO Food Standards Programme. The main purposes of this Programme are protecting health of the consumers and ensuring fair trade practices in the food trade, and promoting coordination of all food standards work undertaken by international governmental and non-governmental organizations.(Codex Alimentarius)
The Codex Alimentarius Commission implements the Joint FAO/WHO Food Standards Program, the purpose of which is to protect the health of consumers and to ensure fair practices in the food trade.(Organic Consumers)
In other words, under the auspices of “protecting the public health and ensuring fair trade practices,” the Joint FAO/WHO Food Standards Program is implemented by the Codex Alimentarius Commission. The FAO and WHO set the standards, and the Codex Commission implements them. All members of the UN are obligated to comply with these standards.
So, what does Codex have to do with fluoridation, and just how could a mass fluoridation program be implemented without our knowledge or consent under Codex guidelines?
The answer is – WHO has already determined that fluoride should be included in our food and water supply because it is “necessary for public health:”
Many countries that are currently undergoing nutrition transition do not have adequate exposure to fluoride. There should be promotion of adequate fluoride exposure via appropriate vehicles, for example, affordable toothpaste, water, salt and milk. It is the responsibility of national health authorities to ensure implementation of feasible fluoride programmes for their country. Research into the outcome of alternative community fluoride programmes should be encouraged.
Here is the reference document:
Diet, Nutrition, and the Prevention of Chronic Diseases PDF
A 1994 World Health Organization expert committee suggested a level of fluoride from 0.5 to 1.0 mg/L (milligrams per litre) (Wikipedia)
Currently, compliance with WHO’s directive of the fluoridation of water, salt, and milk varies from country to country. Water fluoridation has been introduced by varying degrees in many countries. View each country HERE. An interesting fact to note is that drinking water is not fluoridated in any part of Germany. Is it mere coincidence that one of the founders of the Codex Alimentarius Commission just happened to be in charge of the fluoridation program at Auschwitz, and that Germany is somehow exempt from fluoridation? Or, maybe they know something that we don’t. 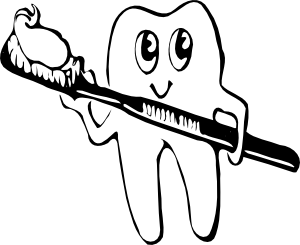 The Public Fluoridation Deception
Most are aware of the water fluoridation program that has been foisted upon us as a “treatment for dental disease” and cure for cavities. This is proven propaganda and has been disputed in the EPA’s own documents, which list fluoride as a contaminant, as well as in countless other professional publications. Yet, the mass water fluoridation program continues, causing food and liquids that use this contaminated water to contain fluoride also. According to our own CDC Department of Health and Human Services:
“fluoridated water is diffused throughout the population as residents of non-fluoridated communities increasingly consume foods and beverages processed and bottled in fluoridated communities. Thus, many individuals residing in non-fluoridated communities have benefited from fluoridation policies.”
This is called “Building Capacity to Fluoridate.” (CDC)
So you see, our country is complying with the UN/WHO/FAO/Codex fluoridation policy and we the people don’t even know it. Just like the prisoners at Auschwitz most likely didn’t know that they were being subjected to a fluoridation program and being poisoned with their water until it was too late. If food is produced using fluoridated water, then it contains fluoride. All you have to do is contaminate the water, and the food issue takes care of itself.
The following chart shows just how “in compliance” the U.S. is: Percent of U.S. Population Receiving Fluoride
And if some of you are still wondering if we are really following Codex mandates, wonder no more. Many do not know this, but ‘Codex’ already consists of around 300 official food standards, some of which have been in ‘global effect’ since as long ago as 1966 (Rath Foundation). So it shouldn’t come as a big surprise to find out that fluoridation is just another facet of this program.
The Monsanto Connection 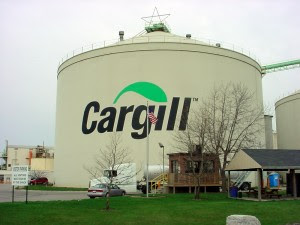 Monsanto, Cargill, BASF, Bayer, and Aventis (or I.G. Farben) are all in partnership under the banner of Crop Science. They are partnered in various ways, such as:
BASF Plant Science and Monsanto to expand their collaboration in maximizing crop yield.
Monsanto, Bayer team up on herbicide tolerance
Mergers and acquisitions
Monsanto and Cargill team up
Monsanto and Cargill are in a 50/50 joint venture partnership. Monsanto makes the seeds, which make the crops, and Cargill makes the fertilizer. Cargill also just happens to be responsible for 70-75% of the hazardous waste hydrofluosilicic acid used in fluoridation programs. (Fluoride Action Network)
The U.S. government considers the basic chemical composition of hydrofluosilicic acid, a toxic waste, and fluoride to be the same when dumped in the water supply:
Due to the obviously intriguing aspect of this “waste disposal policy”, there has naturally been quite a bit of curiosity concerning the safety of this public health practice. Apparently, however, there are no government safety studies currently available on fluosilicic acid. This is because the government is basing their fluoridation policy on the assumption that there is no chemical difference, after dilution into the water supply, between pharmaceutical grade sodium fluoride and the industrial grade hydrofluosilicic acid.(Fluoride Action Network)
Oregon, which is very low on the compliance list with only 19.4% fluoridation, is attempting to increase that level considerably. In 2007, HB 3099, the Oregon water fluoridation bill, would have required community water suppliers serving more than 10,000 people to “optimally fluoridate.” Fortunately, it was not passed. If passed, it would have increased the fluoride levels in Oregon to 68%. Good for Cargill and Monsanto, bad for us.
Reasons Not to Fluoridate
The following partial list is compiled from Fluoride Alert:
Fluoride is a cumulative poison.
Chromosome damage
Kidneys
Brain
Alzheimers
Rats dosed prenatally demonstrated hyperactive behavior. Those dosed postnatally demonstrated hypoactivity (i.e. under activity or “couch potato” syndrome)
Lowering of IQ
Early onset of puberty
Affects thyroid gland
Arthritis
Cancer
Infertility
Harms bones – brittle 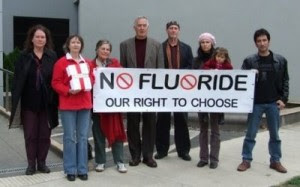 It is up to us to stand up and say no to mass water fluoridation. If someone wants fluoride, then let him/her take it. I have no problem with that. But to forcibly administer this poison to an unsuspecting and unwilling populace without prior knowledge or consent is criminal. We are not Auschwitz prisoners….yet.
© 2010 Barbara H. Peterson